Went to France before World War I to study with various ‘masters’ and studios; there, he and Morgan Russell – another expatriate American – co-founded ‘Synchromism’ – an art concept capturing sound, form and rhythm through color! He returned to the United States in 1918 and back to California – to Santa Monica. He resumed attention to his own easel but then became a teacher in UCLA’s Art Department…remaining there until his demise.

In his personal work he painted on canvas primarily and drew with pencils: figures and landscapes. He heavily favored ‘asian’ concepts and traveled regularly to Japan to study classical Japanese print and paper making. He also worked closely with Cliff Karhu, an American: highly respected and classically Japanese trained printmaker. This collaboration resulted in the creation of the Haiga Portfolio, using the words of the poets as inspiration for his images.
From the limited edition of 50 Haiga Portfolio, we offer a selection of color woodcuts from the 20 compositions. 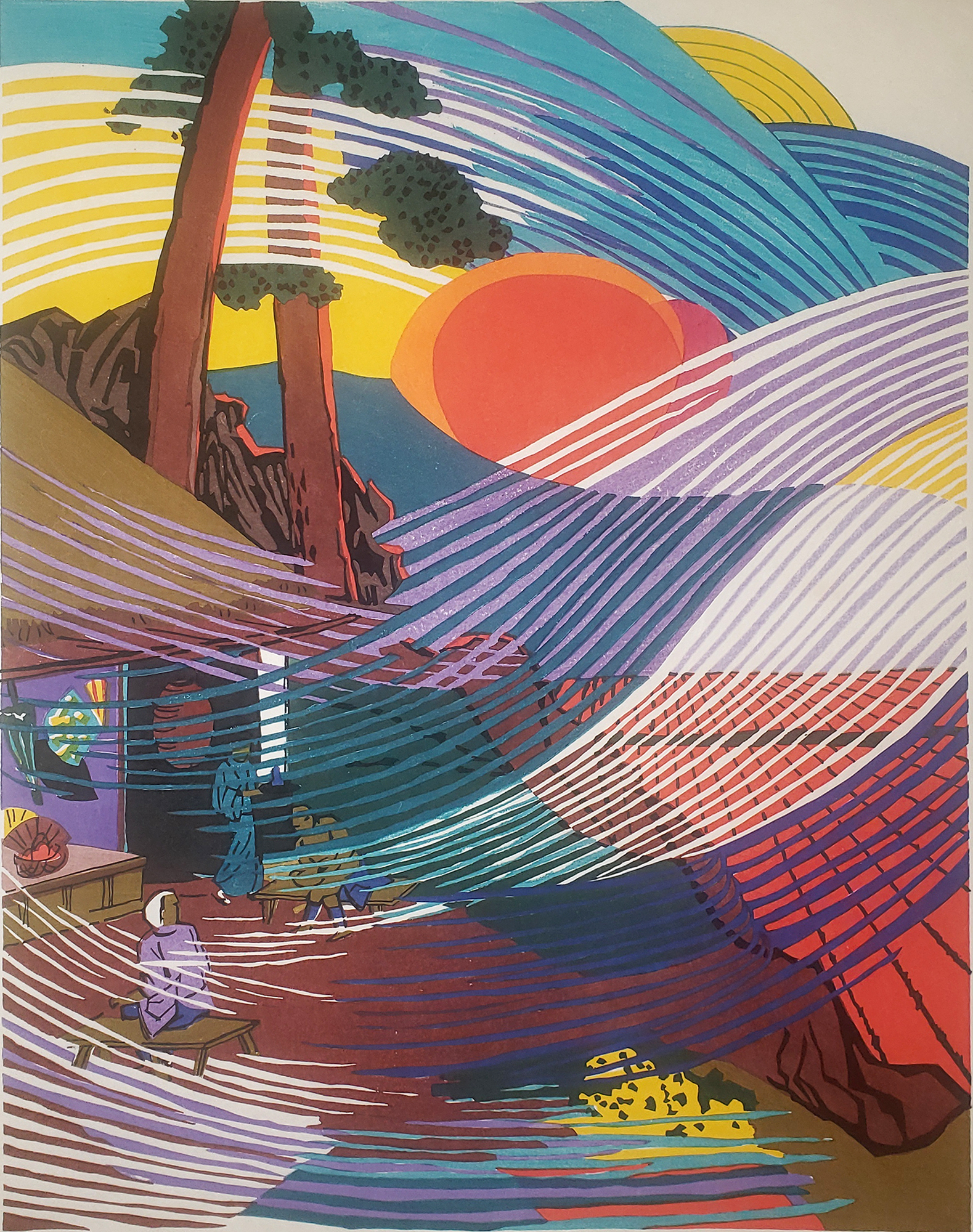 Click on an image to enlarge it and price it.Which images ‘speak’ to you!tobeymoss@earthlink.net For more information