FRANK ROMERO’s art is a symbol of FREEDOM in Californian, American, Latino and Latin American culture of the 20th century.

FRANK ROMERO depicts one of the most widely recognized symbols of our American Latino culture: the personal car and Freedom. We enjoy the freedom of driving a personal car on the freeways of the city, the byways of the country, a narrow road in the Sierras or a trip to the beach with the family. A luxury sedan, a pick-up truck, a station wagon or a snazzy roadster ‘tell the story’! Private collectors and museums acquire Romero’s images with their colorful palettes, a charged political atmosphere, creativity and FUN!

Though the US was founded by 16th century European emigrants, there is increasing appreciation of the contributions of Latino and Latin American artists to the history of modern 20th century art. Romero’s art is part of 20th century culture – whether in murals along California’s freeways, over the mantel in the living room or in museum exhibitions like the Whitney Museum’s ‘Vida Americana’ and the J. Paul Getty’s ‘Pacific Standard Time: LA/LA’ 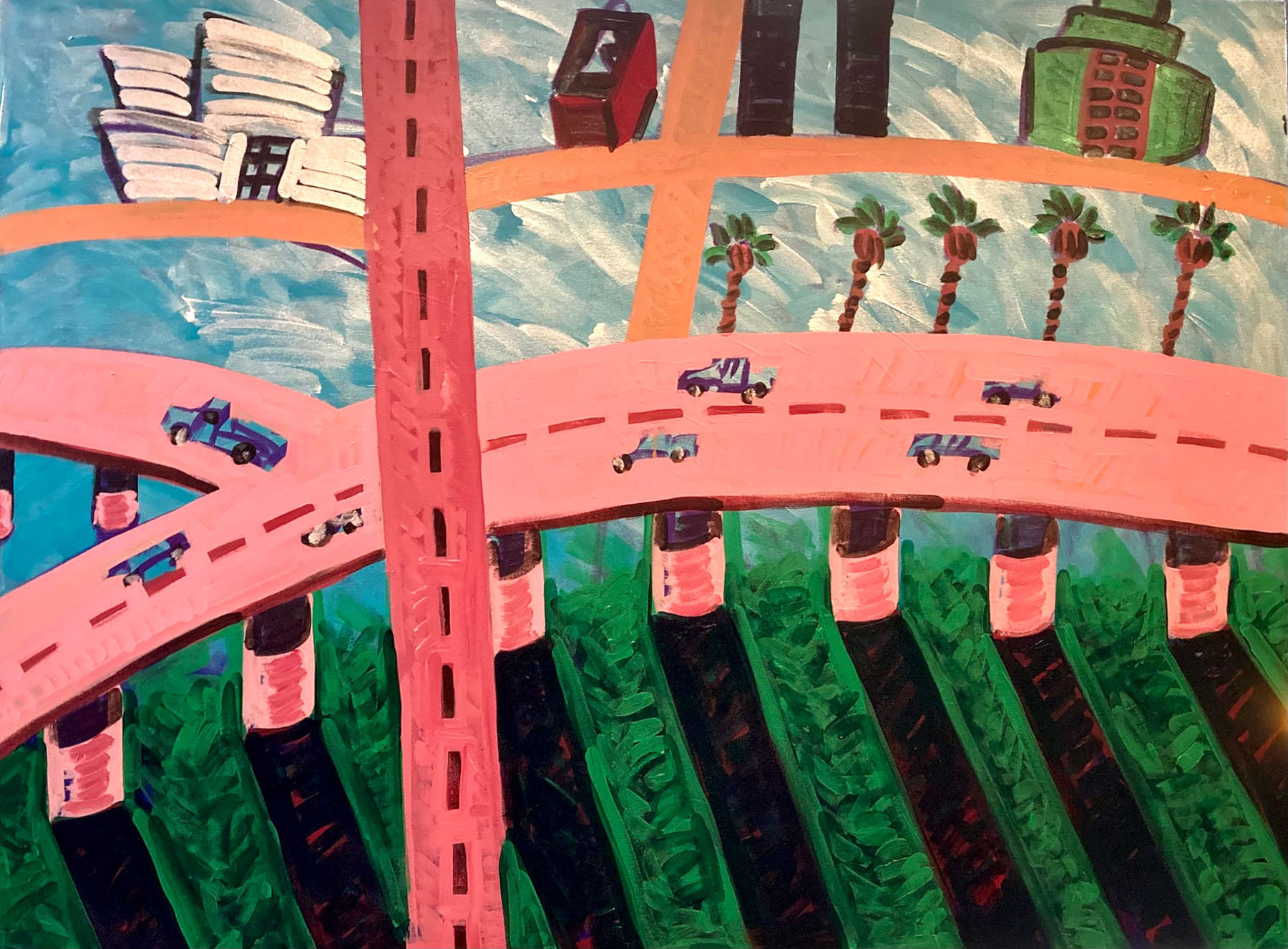 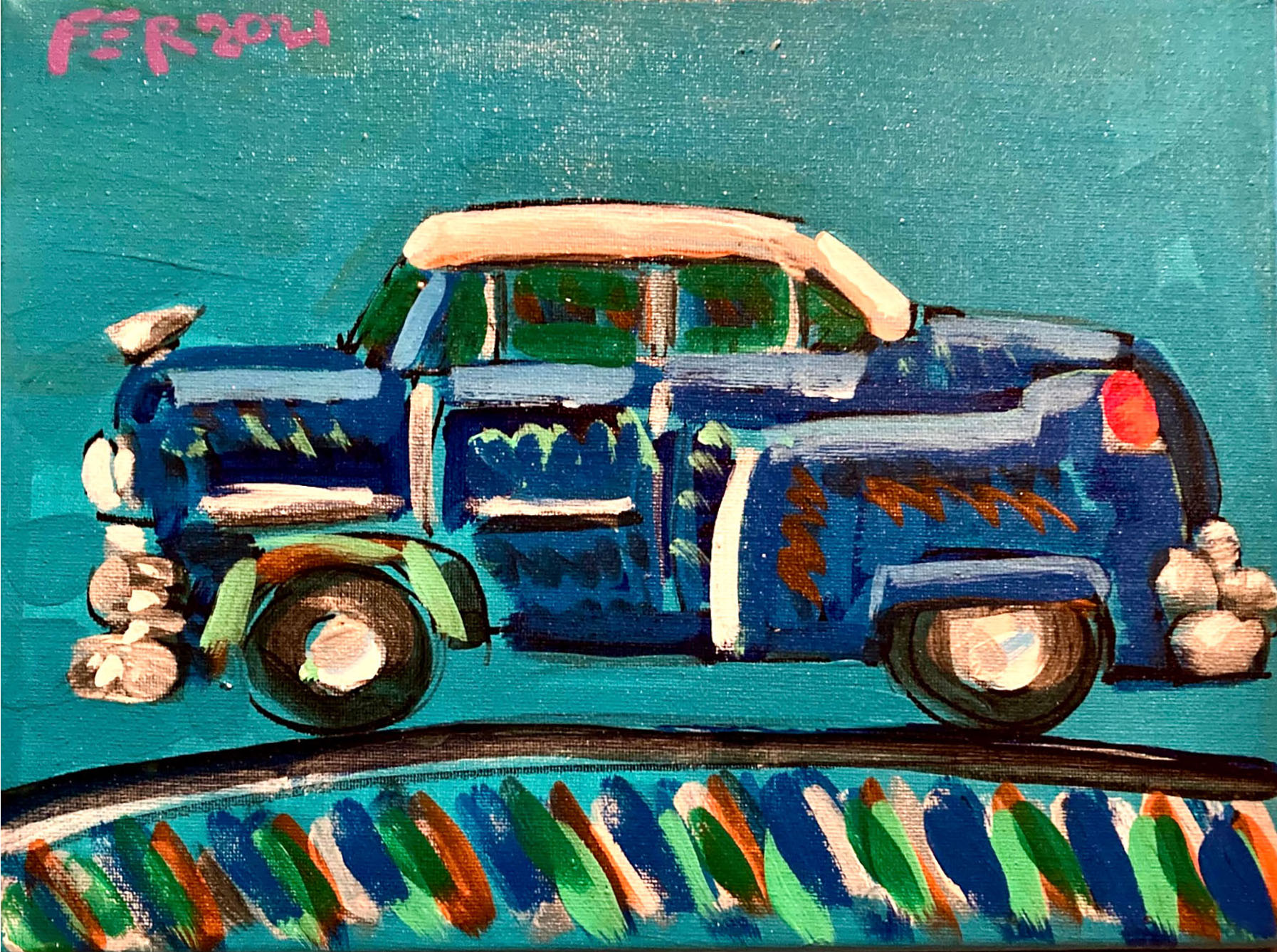 YOU are part of the story too; You also can bring Romero’s images into your home! We offer some illustrations for encouragement, but there are more choices to your request!